Hebru Brantley (b. 1981, Chicago, USA, lives and works in Los Angeles) is an American artist with a multi-disciplinary practice across painting, sculpture, film and installations. He earned a B.A. in Film from Clark Atlanta University and has a background in design and media illustration.

Brantley, creates narrative-driven work revolving around his conceptualized iconic characters which are utilized to address complex ideas around nostalgia, the mental psyche, power, and hope. The color palettes, pop-art motifs, and characters themselves create accessibility around Brantley’s layered and multifaceted beliefs.

Brantley, is majorly influenced by the South Side of Chicago’s Afro Cobra movement in the 1960s and 70s,.

Brantley uses the lineage of mural and graffiti work as a frame to explore his inquiries. Brantley applies a plethora of mediums from oil, acrylic, watercolor and spray paint to non-traditional mediums such as coffee and tea.

Brantley’s work challenges the traditional view of the hero or protagonist and his work insists on a contemporary and distinct narrative that shapes and impacts the viewer’s gaze.

In October 2019, Brantley opened an experiential art installation fueled by the narrative of his characters FLYBOY and LIL MAMA. The 6,000-square-foot installation space in Chicago’s Pilsen Neighborhood hosted over 23,000 ticketed guests.

Brantley, currently resides in Los Angeles where he is expanding into content creation including the adaptation of the FLYBOY Universe through his media company, Angry Hero. 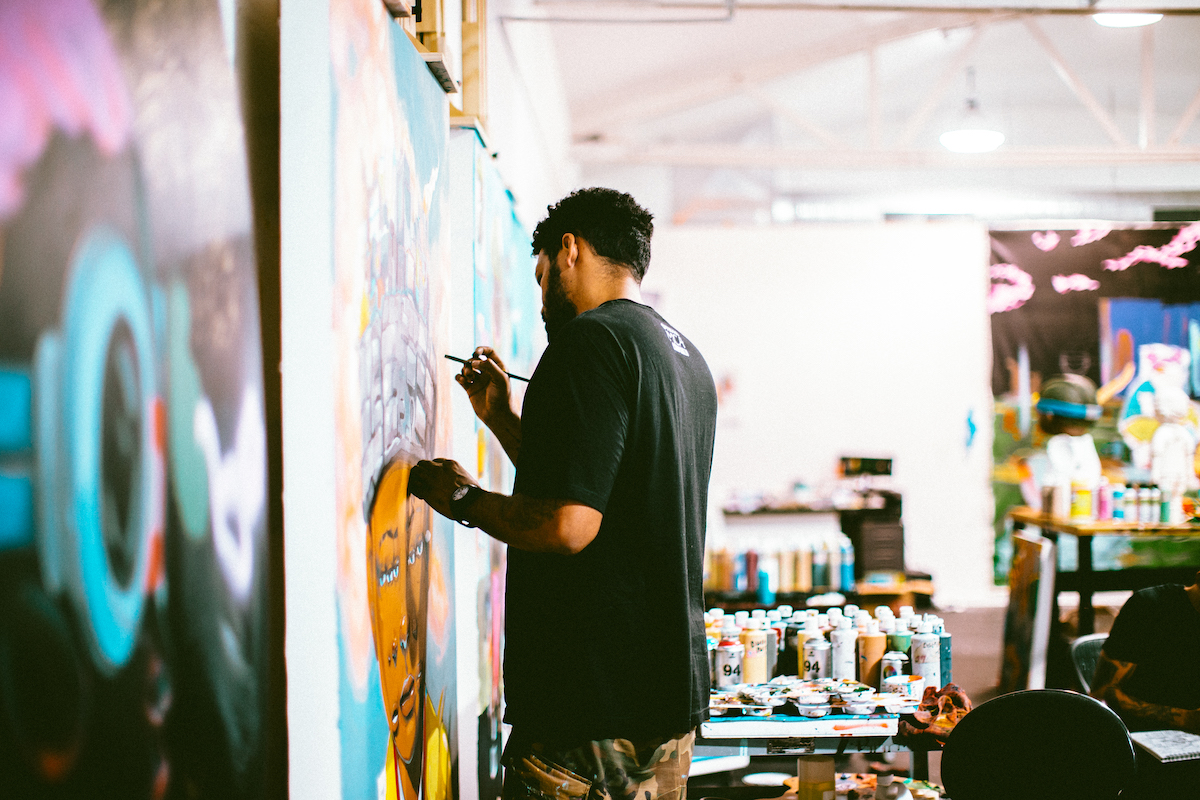