Ebru Duruman (b.1992) was born and raised in Istanbul, Turkey in a socially conservative, heteronormative milieu. She attended the Rhode Island School of Design and graduated with a B.Arch and a B.F.A , and worked for several years at the renowned Pei Cobb Freed & Partners before turning to painting full-time. While growing up in Turkey, she was advised to pursue a conventional career path and her sexual interest in women was not warmly welcomed. In stark contrast to her sumptuous current paintings that embrace in totality the sexuality of the female spirit, her early works depicted dead, armless women with closed legs.

Duruman’s journey towards acceptance and comprehension of her sexuality led to a deep exploration of the properties of sexual identity, the body, culture, and love. Through her abstract depictions of the female body, she often demonstrates a detachment between one’s self and one’s physical and emotional experiences and presents sexuality as a bridge between the body and the mind. Her impassioned images hover at the intersection of abstraction and figurative painting and imbue her bodies with an impassioned physicality.

Duruman’s paintings are driven both by an intuitive fascination with the visual interplay of colors and forms that began in her childhood, and a desire to showcase her findings on sexuality and selfhood. Many of her works are self-portraits showing the painter inwardly observing representations of her body and sensory experiences. 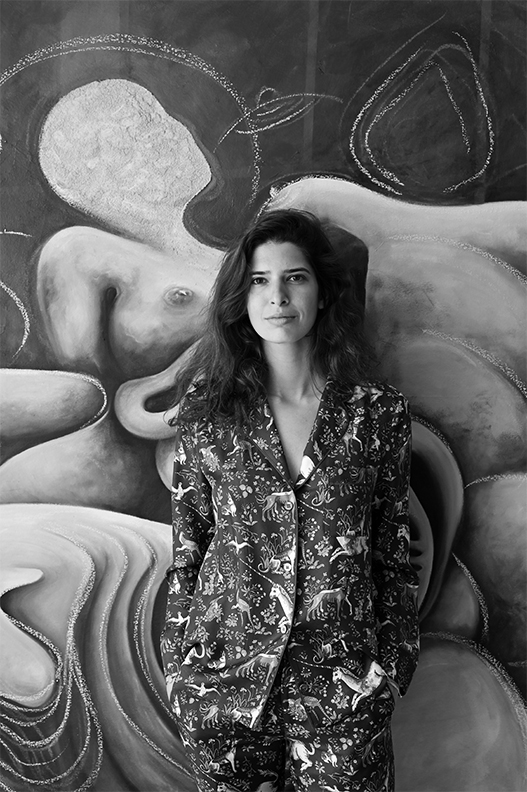